Why Do Major Donors Give? 10 Motivations

Why do major donors give? This is a question that nonprofit organizations should be asking themselves on a regular basis. The answer, of course, is different for every donor. However, there are some general trends that can be observed among major donors. In this blog post, we’ll take a look at some of the most common reasons why major donors give and how you can keep them engaged with your organization.

1. They want to make a difference.

Major donors want to see their gifts have a tangible impact on the world around them. They want to know that their donation is making a real difference in the lives of those who benefit from the work of the nonprofit. As a result, nonprofit organizations must be able to communicate effectively how their work is making a difference in order to secure major gifts. Donors want to know that their money is being used wisely and that it is having a positive impact.

2. They want to be recognized for their philanthropy.

They may want their names to be listed on the organization’s website or in its annual report. They may also want to receive invitations to special events or have opportunities to meet with the organization’s leaders. Some major donors even establish endowments, which are funds that provide ongoing support for the nonprofit organization.

3. They want to leave a legacy.

One of the most important things to remember is that major donors want to leave a legacy. They want to know that their gift will have a lasting impact and that their name will be associated with your nonprofit for years to come.Therefore, when you are soliciting major gifts, it is important to make sure that you articulate how the donor’s gift will be used and what lasting impact it will have. By doing this, you can ensure that your major donors continue to support your organization and help you achieve your goals.

4. They want to support causes that are important to them. 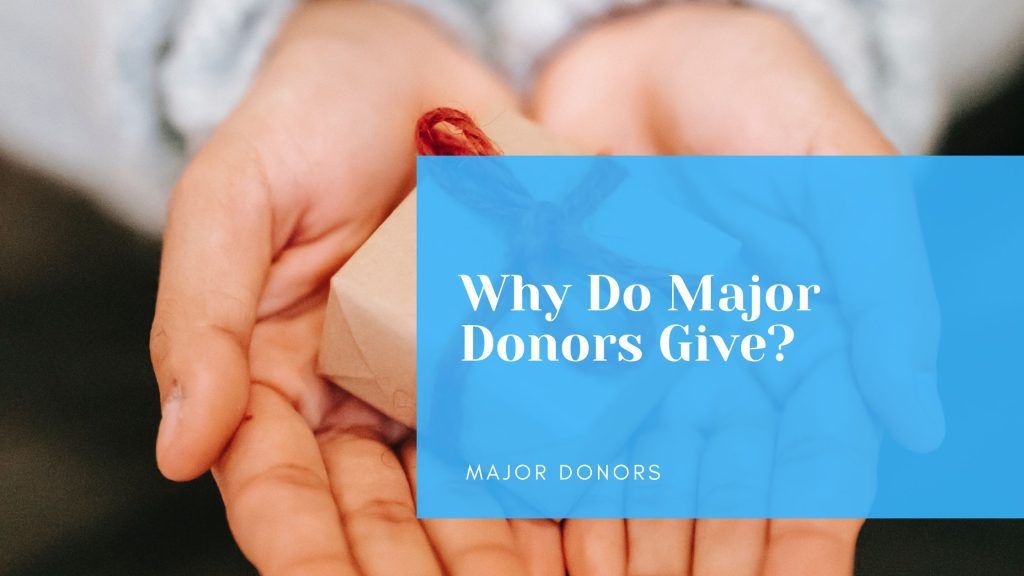 Some major donors give because they want to support causes that are important to them. Recognize the importance of the organization or cause in their life. There may be a personal connection – a grandmother who had cancer, a mom who loves dogs, a daughter who became a teacher – that connects them with the cause. This means staying in touch with donors, being responsive to their needs, and keeping them updated on the impact of their donations. By cultivating strong relationships with major donors, nonprofits can ensure that these vital supporters continue to invest in their work.

5. They want to be involved in the decision-making process.

One common reason is that they want to be involved in the decision-making process. Major donors want to know that their money is being used effectively and they often wish to have a say in how the nonprofit is run. For major donors, it’s not just about writing a check – it’s about making a difference. As such, nonprofit organizations should make an effort to keep their major donors informed about their programs and solicit their feedback on a regular basis.

6. They want to be a part of a community.

Another reason why major donors give is because they feel like they’re part of a community. When people feel like they’re part of something larger than themselves, they’re more likely to want to support it financially. As a fundraiser, you can create a sense of community among your donors by hosting events, facilitating group volunteering opportunities, and creating other opportunities for social interaction. The more connected your donors feel to your organization, the more likely they’ll be to continue supporting it financially.

7. They want their philanthropy to be inspired by their personal values.

When it comes to philanthropy, major donors often prioritize causes that are close to their hearts. They want to make a difference in the world, and they choose to support nonprofit organizations that align with their personal values. This can be a powerful motivating factor for major donors, and it can inspire them to give more generously. They want to support causes that align with their own worldview and that they feel passionately about. As a result, nonprofit organizations must be able to articulate how their work aligns with the donor’s values in order to secure major gifts.

8. They want their donation to have a tangible impact on the cause they care about.

Some donors want to see a tangible impact on the cause they care about. When making a donation, they want to know that their money is going to be used in a way that will make a real difference. This might mean funding a specific program or project, or it might mean supporting the general operations of the nonprofit. Whatever the case may be, major donors want to see their donation having a direct and positive impact on the cause they care about. As such, nonprofits need to be clear about how their donations will be used and what difference they will make.

9. They want to give back because they feel like they’ve been fortunate.

For many major donors, it is simply because they want to give back. They may have been fortunate in their own lives and now feel compelled to help others who are not as lucky. In some cases, they may have personal experience with the nonprofit’s cause and want to support its efforts.

10. They want their donation to be used efficiently and effectively.

One of the most common reasons major donors give is they want their donation to be used efficiently and effectively. They want to know that their money is going to a good cause and that it will have a real impact. This is why it’s so important for nonprofits to be transparent about how they use donations. Major donors want to see results, and they’re more likely to keep giving if they see that their money is making a difference.

Nonprofit organizations rely on major donors to provide the financial support necessary to achieve their missions. As a fundraiser, it is important to understand why individuals give so that you can more effectively engage with potential donors and steward donations. Keep your major donors engaged by staying true to your mission, fostering a sense of community, and being transparent about how their donations are being used. By understanding why major donors give, you can ensure that your organization remains appealing to its most generous supporters. 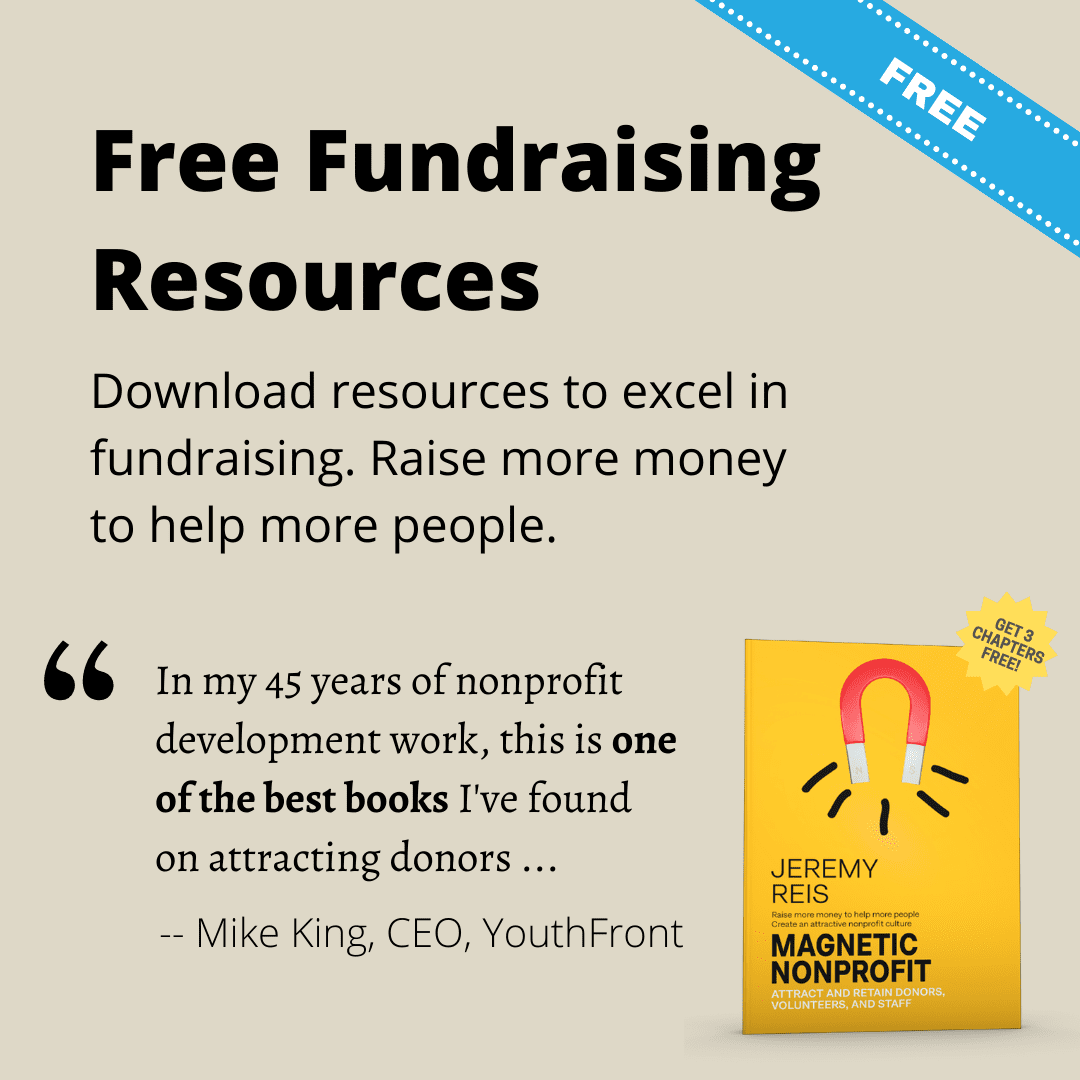